Another year is almost in the books. As we all spend more than we probably should on gifts, tacky holiday sweaters, and those gifts you thought you bought for someone else but just decided to keep, it is always good to sit back, reflect, and make sure your affairs are in order for 2013.

Before you kidnap your boss and his wife, because that Christmas bonus for your new pool didn't come through this year, let's go through a checklist:

Most importantly, enjoy the holidays. Be good to each other, even though times are tough all around, and there might not be as many gifts under the tree as in years past. Don't even THINK the words Fiscal Cliff.

And if the whole Mayan Apocalypse thing is real, (which, even the Mayan's don't care about) then thank you for spending some of your last days reading our website.

See you on the other side, one way or another.

Charitable giving: what's it worth to me? 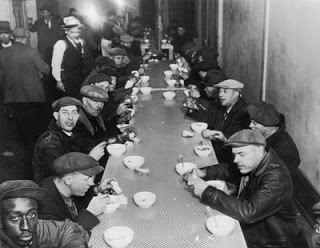 Right now, we have an unlimited charitable deduction at death. During life, if you itemize, you can deduct charitable gifts up to set limits, based on income. Right now.

Right now, non-profits, NGOs, 501c(insert number here) entities are plentiful. They are churches, hospitals, and universities.  They are your United Way, your Red Cross, your Greenpeace. Do you care about humpback whales? Maybe not. Do you care about finding a cure for transverse myelitis? You should, but probably not as much as these folks do. All these things cost money, and a lot of it.

On the cover of today's Dallas Morning News was this headline: FISCAL CLIFF- Nonprofits fear donors will cut back on giving if agreement caps charitable deductions. Not to mention, GOP SEEKS FALLBACK IN TAX DISPUTE, and LONG TERM JOBLESS FACE BENEFITS LOSS. See a trend here?

The scene isn't pretty: these folks don't have food or shelter. Who is going to take care of them? They can't get government benefits or housing. They are not really part of the 99%, or even the 47%.

But that's not the point. The point, which I have made in other discussions, is when the economy is bad, people give away less. Take away tax incentives to give away money, and well, its not easy to figure out what will happen.

"Lets fix the loopholes in the tax system." Ok, great. But what are they? If you ask the GOP, this is what you get.  The Democrats don't do nonprofits any favors either, as the President has advocated for capping the deductions as well, and part of their spending cuts is projected to affect grants and aid to nonprofits, as well. Throw in any little bit of a recession, and...

Who is going to end up paying for all these programs, that, we all used to pay for? Not us, not the government (which, indirectly is still us). So they go away. So we don't have anyone fighting Japanese whaling boats. Big deal, until we run out of whales. So we lose some dollars that were going to find a cure for alzheimers and multiple sclerosis. Big deal, until your family is affected.
So the soup kitchens run out of food, and have to turn folks away. Big deal, until "those people" turn up on your doorstep, have to steal because they are hungry, or worse.

The point is, we all lose. It is not about small businesses, the middle class, or the wealthy. When you listen to the pundits on the news talk about "who is getting hurt the most" in any of these fiscal cliff and tax deals, its all of us. Its the whales, it is those with incurable diseases, and its the homeless.

But it is also the middle class family of four, who pay their taxes, give to their church, and do everything by the book.

Enough soapbox. My point, is that we are all vested in this fiscal cliff/tax nonsense. Before you go championing "close the loopholes!" or "raise/decrease taxes!", take time to think what that really means for you: one number might go down, but it might end up costing you more on the back end. The tax system is a mess, no question. But "fixing" a system that we have tried to perfect for as long as we have been a country is no small task.

Here's a holiday toast to them getting it right.
Posted by JP at 11:34 AM 1 comment: