Texas is open for business. On the high seas. 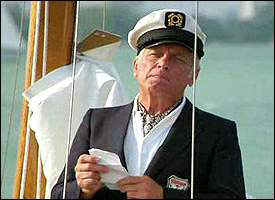 While most of us were waiting for the weekend, our lawmakers in Austin were cutting more taxes in hopes of keeping business in Texas.

Next time you purchase a yacht, don't go to Florida, stay right here in the Lone Star state.  Texas lawmakers have matched the sunshine state's limit on taxing a new yacht for only the first $250k of its value.  House ways and means chair  Harvey Hilderbran, R-Kerrville, was quoted as saying "The hearing was pretty convincing that we're losing business to Florida. It's one of those things you have to do," he said.

Its not official yet, as it has to pass both houses, but at least our friends in Austin are trying to keep business in Texas, right?

As you might guess, the idea on another tax break for the wealthy, this time for such a luxury item as a yacht, has rubbed some Texans the wrong way. The Houston Chronicle had some exemplary quotes:

"This is an absurd step in the wrong direction. Instead of digging Texas' budgetary hole even deeper, legislators should be looking for new revenue to pay for the public schools and other critical services. The cuts being contemplated for the public schools threaten educational quality in Texas to the point that, within a few years, fewer and fewer people will qualify for jobs that pay enough for anyone to even think about purchasing a yacht," said Texas State Teachers Association spokesman Clay Robison.

It is indeed a tough time to get sell struggling Texans on a tax cut for something like yachts, I'd love to see some of the hoped for sales numbers that the cuts should allegedly create.

If you do, however, hope to purchase a yacht, I know some great yacht salesmen. Email me for information. 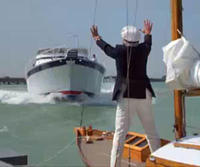 Like it, love it, hate it? Post to comments and let me know what you think.
Posted by JP at 1:08 AM