Lottery Fever, and how to fix the IRS 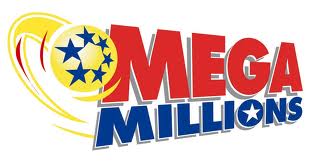 Have you bought your ticket yet?!!?!

If I had a dime for every time I'd heard that in the last week or so, I'd have several dozen dimes.

In case you have not interacted with common folk or watched news media, the mega millions multistate lottery has risen to an all time world record amount of $540 million dollars, at current press time. This number will likely increase as well. Everyone is talking about it.

Everyone has advice. From winning strategies, to personal self-image advice, to investments once you hit it big. I have a deal going with my brother, my buddy, my other buddy, and one guy I don't even like that much. But in reality, the lottery is what it has always been. A tax on the poor, dumb, and stupid, and I admittedly throw myself into this group.

Or is it? So what if it is more likely that you will be struck by lightning 50 times than hit the jackpot. Someone has to win it, right? When I spend that $1, the next 20 minutes I look at the numbers, and wonder, what if? What would I do? What would I buy? Who would I help? Would it change me? That is worth $1 to me. It really is.

But there is something bigger here. People I know that don't have much money are spending serious cash on this silly game. I know, because they tell me.  Why? For the thrill of the game. The chance at victory. The chance of beating someone, getting a good deal, and the  chance to get rich quick. Most folks would risk it all just for a silly thing called hope.

More powerful than fear, hope is what drives this train. Which brings me to my point.

According to one report, underreporting of taxes costs the IRS some $350 BILLION a year, last calculated in 2005. That's a lot more than $540 million. According to the IRS, there were about 144 million tax returns filled in the US in 2009, roughly a million gift/estate/excise taxes combined, 30 million employment returns, and 2.5 million corporate returns.

Tweak the rules to have the most interest and gain the most revenue. Tie it into the extra returns generated. Then, have a nationally televised drawing. Let the President, or one of the Kardashians do it. Make it a spectacle. Do it at the Oscars, or during the State of the Union. Do it bi-annually, quarterly, whatever. Have 50 winners. I just don't see how this plan doesn't only increase compliance, but add billions to the treasury every year.

We have national budget shortfalls everywhere. If lawmakers are still going to prevent para-mutual betting, sports betting, and casinos for whatever moral or political reason, this is a much easier pill to swallow. Give the people some hope. Make it a game. People love games,  and it gives them hope.

Have you filled out your tax return yet?!?! I can just see the fever sweeping the nation.


ADDENDUM: I'm hoping this is my last ever post. If you do not hear from me again, it is most likely because I have either won the mega millions or left this world for the next.

If you, or a loved one, or anyone you might know, happens to win the mega millions or any other lottery like prize, call a tax attorney before you do anything else. I can recommend a few. They can, and will, save you millions if they know what they are doing.